We know from archeological digs that an Iroquoian agricultural community occupied a site that is near what is now the village of Roebuck.

The French have a history here as well having had a fort and shipyard in Maitland (Point au Baril).Â  They, however were only here for a few years before being forced to leave when the British captured the fort in 1760.

Augusta Township was eventually settled in 1784 by those loyal to Britain during the American Revolutionary War (when the Colonists fought the British to gain their independence).Â  When the war ended, those Colonists who sided with the British were considered traitors – their land and property were seized and they were essentially pushed out of the newly formed United States of America.

As a reward for their loyalty to the Crown, the men were given land grants in a new settlement along the St. Lawrence River made up initially of 7 townships collectively known as the Royal Townships.Â  The 7th Township was named after King George III’s daughter – Augusta. 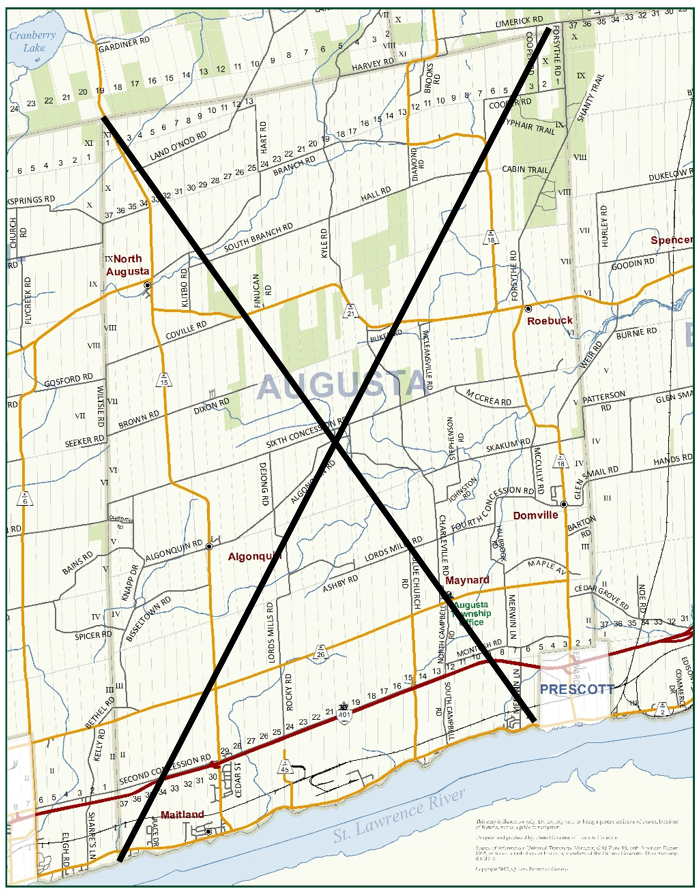 Augusta Township Council met for the first time as an organized body on January 21, 1850.Â  The resolution to officially accept the first Township hall was signed on December 15, 1858.Â  To keep things fair, it was decided that the hall would be located exactly in the center of the Township.Â  Council literally took a map of the Township and drew an X through it and built the hall where the two lines met in the middle.Â  This building, known as Glenmore Hall, still stands today.

The current Township office in Maynard was built in 1968 with an addition added in 2006 and a few renovations done in 2017.

NOTE: The Communities pages are currently UNDER CONSTRUCTION.