(As published in the South Grenville Journal – Wednesday, June 3, 2020) 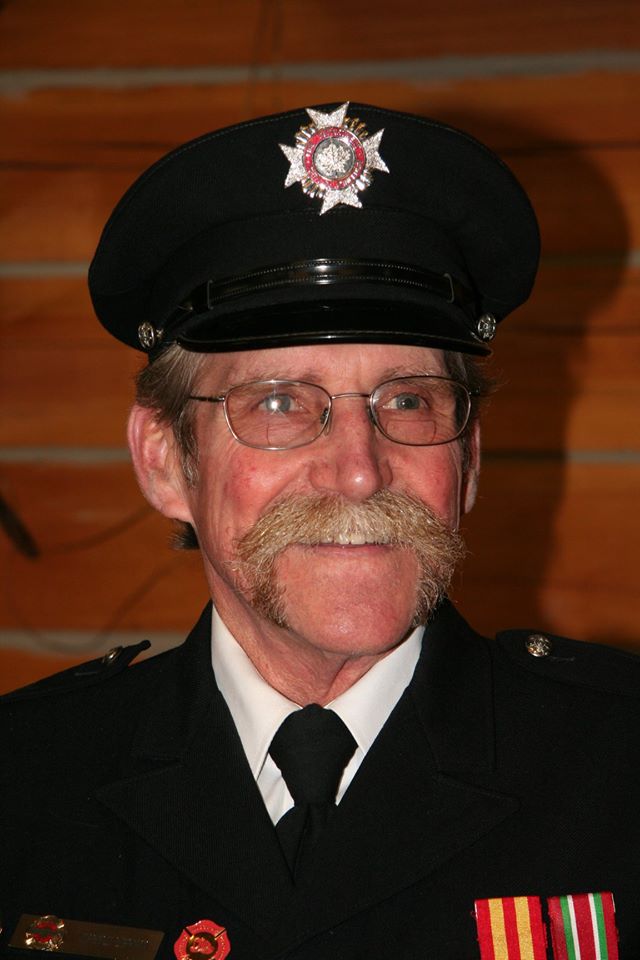 It is with a heavy heart that Fire Chief Rob Bowman announced the passing of Honorary Firefighter Harvey Lippiatt. Â Firefighter Harvey Lippiatt served the residents of Augusta Township as a firefighter for 35 years. Fire Chief Bowman described Harvey as being someone who the Fire Department and the Township could always count on when needed. Â The Chief added that you could always find Harvey doing something around the Fire Hall or just lending a hand to anyone who needed it. Â As Mayor, one of my main memories of Harvey is his participation along with former firefighter Glen Kirkland (also deceased) in the Town of Prescottâs annual âLight Up the Nightâ Christmas parades.Â  Fire Chief Bowman related that he will always remember listening to Harvey and Glen playfully argue while they would put the Christmas lights on the 1957 Pumper 1.Â  My recall is that the two of them took huge pride in decorating Pumper 1 with as many Christmas lights as possible to win first prize.

Firefighter Lippiatt was also a regular participant at the North Augustaâs annual Labour Day event and Parade.Â  In this regard, I recall being assigned two years ago to drive the Fire Departmentâs van for my participation as Mayor in the Labour Day Parade.Â  Normally, Harvey would have been escorting me in the passenger seat but due to his increasing health challenges I accepted to drive and Harvey occupied the passenger seat.Â  Very early in the Parade, it became evident that Harvey was the sole object of the cheers and well wishes from everyone along the complete parade route.Â  Frankly, I was impressed by the tremendous outflow of care and affection for him and confess I felt proud and honored to have been his escort in the Parade.

Fire Chief Bowman noted with sorrow that due to COVID-19 restrictions, it would be impossible to attend a wake or funeral. Â However, we understand that immediate family would be planning something in the future. Â On behalf of Council and Township I wish to convey our sympathies to Harveyâs family and look forward to participating in any future event of appreciation and respect.

NOTE: Augusta flags are at half mast in honour of Harvey Lippiatt.Â  You can view his official obituary and leave a message for the family HERE.